Christmas & making the most of the space in between 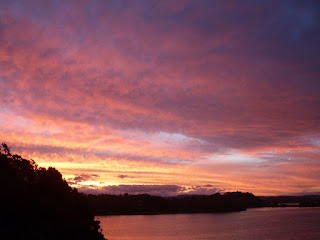 Mum arrived down on the night of the 23rd and it was rather special to share a simple supper with my mum, my dad and my big sister. It had been two years since we last gathered and how my world and perception of reality had shifted since then. The wonderful and very grounding thing was that their perception of me was of little to no different as it had been two years ago which in its own way provided a very important anchor and point of reference for the very human side of myself. And the best thing was that as I no longer looked like an undernourished yogi who had just emerged from three months on the Indian Continent my family were no longer too concerned about my well being, so long as I was healthy, happy and enjoying my life that is all that mattered to them. There remain regular references to my future, the possibility of considering another relationship, establishing myself in a certain space and saving for retirement from my Mum however I do my best to explain that they are her fears and assure her that shaman don’t retire and like a good wine can only mature with age ;-) 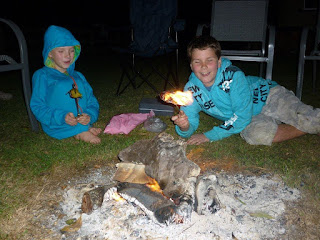 It was great to have a whole 24hours with Lotta and her family, 16 yrs was a lot to catch up on and the boys were very patient listening to the two of us talk non-stop during our afternoon exploring the reserves, ocean beach and estuaries of Ohiwa. Meanwhile as many Europeans tend to celebrate Christmas on Christmas Eve Mum had kindly volunteered to roast a leg of Lamb in honour of the occasion. We invited Brian over to share our Christmas Eve supper on the lawn which was followed by a campfire especially for the boys to toast marshmallows. It was not surprising that they thought this had been the best stop on their whole journey to NZ. And it would not surprise me at all if Lotta and her family considered immigrating to NZ in the not too distant future. She could also easily relate with my Earthwalk Project so we are both rather excited and curious to observe how this may manifest in the time to come. 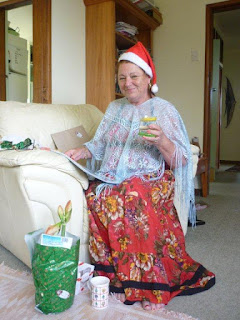 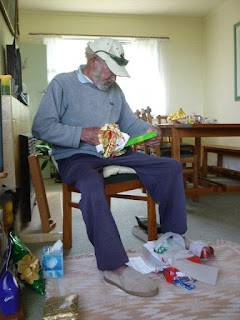 Christmas morning came with a feast of Nick’s blueberry pancakes, a breakfast of abundance that was wonderful to share with friends. Then it was time to settle in for some quiet family time, Nick’s mate Mike joined us for lunch and Nick and I got to enjoy a leisurely ride along the beach in the afternoon. It made me wonder where I would be for Christmas 2011, my feeling was that the earth changes were beginning and that I may have to do a few miles before I get back to Aotearoa after the next journey. The future however will unfold in its own good time, for now I was enjoying my time with family and very grateful for Mum and Nick’s assistance with preparing myself and my paperwork for Prana. And seeing the first A4 copy of the Earthwalk logo took my breath away. Wow, does this have its’ own special vibration or what??? 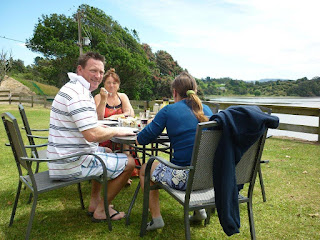 I had never heard of Prana until last summer when I ended up house-sitting for a friend who was attending the festival. And it was only when I returned to NZ this year that I realised I not only had the opportunity to attend as a healer but that it might also provide the perfect stepping stone into the Coromandel, a special corner of NZ that I had never before visited and felt very called to explore! And so be it! As I did not want to work 12 hours a day I organised permission to share my space in the Healers Zone with Donnell, a very gifted friend and energy worker from Tauranga. We had realised we had a connection when we met at the Wanangas I attended in Eastern Bay of Plenty last summer and Donnell had soon also realised that she also had an important connection with the island of Socotra, an island I had recently led a recce trip for Wildfrontiers which appears may be somehow linked to the Ancient Sacred Sites of the Earthwalk Project.

Time to pack and say my goodbyes to family, Mum was heading back north, Nick as always had things to do and people to see and Dad had the rest of his life to ‘be’ in his favourite little resting space in Nick’s backyard overlooking Ohiwa Harbour. Goodbyes with Dad have always been an emotional affair and this day was no exception however when he managed to get out his little line of farewell for my next journey“ I wish you an enlightening Earthwalk’ my tears of sorrow turned into tears of laughter as I gave him an extra squeeze and said thank you, I hope so ;-). 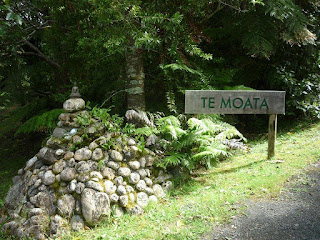 I had two days before Prana to visit Te Moata, a retreat centre and workshop venue similar to Sharda that is situated on a mountaintop just north of Tairua on the East Coast of the Coromandel. Annie B had encouraged me to visit Te Moata when I first met her at Sharda a year ago and as I had a feeling that I would be busy after Prana I felt to make the most of the space in between and called in to share a couple nights with Dee, a friend from the Grandmothers of Pacifica Gathering, and meet Te Moata along with Jessie and Dave her custodians. 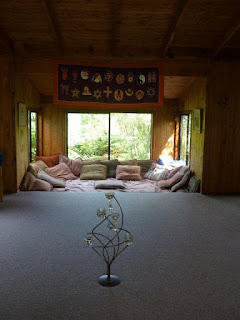 And what a special space, I arrived in the early evening and spent the night catching up with Dee and her unique journey of awakening. The following day whilst doing our dharma which included cleaning bathrooms and gathering flowers, she showed me around the centre, the gardens and grounds. What a perfect place for shamanic w/shops, surrounded by all the elements with many kms of native bush trails to explore. How easy it would be to get lost in time, however I had made a date to be at Prana next day so I hoped that the opportunity might present itself again at a later date. 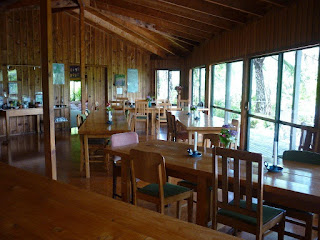 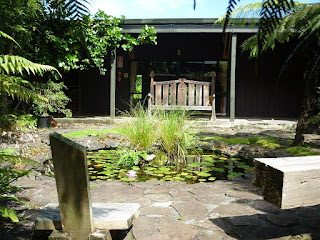 We shared a lovely evening of stories over supper with Jessie and Dave the custodians of Te Moata. Such an extra-ordinary sequence of events that had brought them to Te Moata and what a special space they had been given to hold and care for during this important time on our planet. 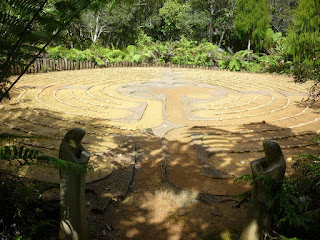