Kay true to her word followed up on her offer to organise time, space and interested participants to host a 1 Day introductory workshop in Cairns and all I had to do was provide the flyer, show up, be present and share my story and what workshops I could offer whilst I was in town . . . 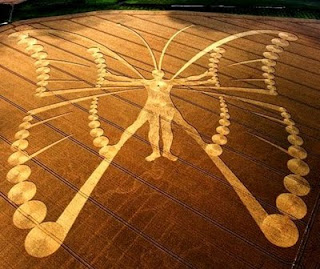 . . . and with only 10 days notice to the network of Healing Touch practitioners and the few people I had connected with since arriving in Carins I was pleasantly surprised to discover that 9 women felt that it would be a worthy way in which to spend their Saturday. Thus there we were 10 women sitting in circle at the Siloam Centre on Saturday 10th July at 10.00 am. As she was familiar with the centre Kay kindly took care of all the house-keeping messages however when she suggested that lunch would be at 12 noon I couldn’t help but feel the panic in body. . .

I suddenly realised that I had been living without the restrictions of linear time for so long that having to conform to something as simple as a set meal time was scary! One thing I had learned along my way is that if we want more magic in our life we first have to believe in magic and secondly we have to allow space for that magic to happen . . . which for some reason seemed suddenly more important while we were working in sacred space! Coincidently I have found this a wonderful way to walk in the world as it makes every day an adventure where I have to be very present to make sure that I don’t miss any of the surprises or ‘chance’ meetings my journey has to offer . . .

And so my story began . . . although for some reason the way it came out in this telling was rather unusual as I spent more time sharing my very 3D life prior to stepping out of Africa, my conservation work and a very special 20 year relationship in order to answer some bizarre calling that all I knew was somehow involved with serving people and planet on a greater scale . . . little did I know then that they were my first steps of the journey which has now become the EARTHWALK Project!

Anyway back to Cairns . . . I have no idea how long we had been going however when I got to the part in my story where I explained having had received, almost a year ago, an energetic transmission of what I understood to be the coordinates of 13 Ancient Sacred Sites on the Earth that required reactivation, Lia bolted from her chair stared me straight in the eyes and began channelling her ‘Sounds of Sirius’. This was the most incredible combination of toning and light language, that some refer to as the language of the heart, as well a visit from Hopi and the Aboriginal Ancestors who came with their blessings for the Earthwalk Project . . .

Lia Scallon www.soundsofsirius.com had been introduced to me by Kevin, my Atlantean past life connection. When I mentioned that Earthwalk was somehow connected to the original Crystal Skulls Kevin suggested that I should get in touch with Lia whilst I was in Cairns, which of course not to be one to miss an opportunity to knock on the door of someone ‘I should meet’, I did just that. Lia and I had been in touch by email and had planned to meet on the following Monday evening for supper anyway due to her interest in Alberto’s work she had felt called to come to my introductory w/shop in the meantime and I was very pleased that she did!

Through Lia and courtesy of the Hopi and the Aboriginal that were present the energy that descended upon us was incredible. It was as though the energy of Earthwalk was being grounded in Australia and we were simply there to hold the space for that to happen. It was certainly enough of a remarkable experience that it instantly united every woman present and it suddenly felt as though there were no further words required, the energy of Earthwalk had simply spoken for itself! And on that note it was after 1 pm and a very good time to break for lunch!

Although I felt that the afternoon introducing the Munay-Ki and The Five Tibetan Exercise Rites (T5T) seemed a little pale in comparison to our earlier impromptu ceremony there was still a surprising amount of interest. I instantly had enough people to facilitate a T5T w/shop and enough considering the Munay-Ki to look at facilitating one of those also . . . I did begin to wonder where those two months I had reserved to build the Earthwalk project website and correlate my book were disappearing to yet also realised that it was just as important for me to share what I could offer to those who were interested along my way. And, come to think of it, that is precisely what the Earthwalk butterfly had shown me to prepare myself for back in January on the mountain overlooking Spirits Bay in the Far north of New Zealand. 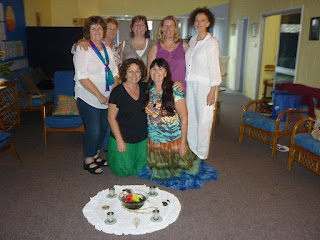