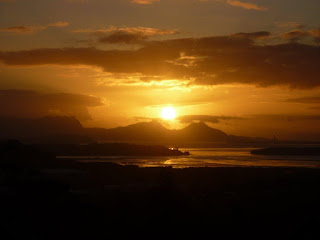 Prior to landing in New Zealand, having not made the time to write about the last six weeks of my journey, I physically felt as though I was jam packed with my most recent experiences leaving me little space in which to move and breathe or to get excited about the next chapter. I find with writing and sharing my journeys that it enables me to download, to empty myself while assisting me to integrate my experiences. It also provides an opportunity to take note of any points of learning or details that I may have overlooked. A time to let the most recent story go so that I may create the space for the next one to manifest if that makes any sense. I was tired and needed quiet space in which to rest and write and be human for a while.

This meant sharing a few days with my Mama who I love dearly and usually get on very well with, only this visit as I tried to rest and write I observed my list of chores growing by the hour. Meanwhile every time Mum left the TV on while she was playing scrabble in her office I would swing by and push the power off button. I had to laugh as I reminded myself of that saying “When you think you are enlightened go and share time and space with family”  Quite simply I needed quiet and my Mum likes static so I figured that now might be a good time a spend a few days with my Rainbow family in the far north. I had to laugh the morning I left when my special Mama came out dressed in a new dress completely suited to her personality the words that came to be described my Mum to a ‘T’ “Colourful Chaos!” Oh, I do Love my Mama ! 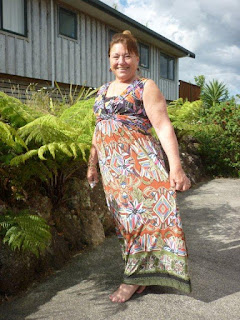 I landed at Minni and Valesi’s place in Haruru Falls and as Minni came out to greet me I burst into tears only this time I knew to let them flow for as long as they needed to. As Valesi and Minni had been called to a Wananga at a nearby marare that evening I suggested that I go an visit some other friends and come back the following day but they wouldn’t have anything of it. It wasn’t necessary for me to go anywhere and instead they suggested that I just rest, have some time to myself and roll out my swag on the mattress in their massage room. In the morning we would have some time together to share and after that they would give me a much needed meremere.

As they left and I stepped out into the garden a tui landed on the flax bush directly in front of me, then a moment later another came to join it and as they took to the air they flew directly at me parting a split second before hitting my head . . . Wow, what a greeting from the bird tribes, even Valesi was impressed when I shared the story over tea the following morning. I enjoyed an afternoon walk down to the estury, an afternoon visit with Philip Grey of Earth Talk who lived a few doors down, and a quiet evening all to myself.

Up with the birds I made a wooden platform to do my yoga on the lower levels of the Wananga that Minni and Valesi are building. What a special space and ideal location to bring groups on the sacred journeys I hope to lead in the future. We shared a light breaky and then it was time for my much needed meremere and I couldn’t help but be amazed that the first song on the indigenous CD that Minni had chosen was Bunna singing Jeederah . . . and I thought I was coming home for a holiday! 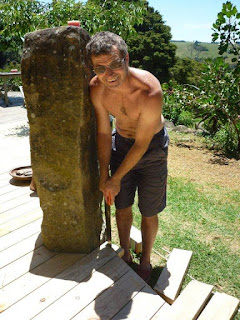 Next stop was Peter and Maree’s in Waimate North and wow, I could not believe how much everything in their garden had grown in the six months since we activated the Ancient Whale Temple site situated between their house and clothes line. I could not think of any other reason as to why their otherwise healthy but fairly normal garden had transformed itself into a tropical jungle. We enjoyed a wonderful weekend together which included a trip to the farmers market, an afternoon at the beach and sharing supper with special friends on the deck that Peter had finally completed! 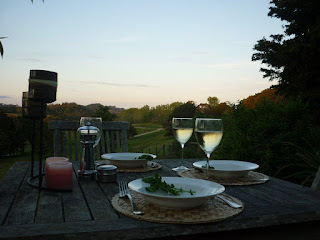 Although I was due to return to Mum’s in Whangarei we had not made the time to hold space for Maree who had some healing work she wanted to do. Also before I left, I felt called to visit Mt Bledisloe on the back road between Waitangi and Haruru Falls in the Bay of Islands so I suggested that we should combine our wishes and meet there during Maree’s lunch break. Coincidently we realised while we were working that the purpose of our work was also two fold. There had also been earthwork to attend to on the Mt which I discovered is the most volatile site in the whole of Northland if there is likely to be any volcanic activity in the area . . . 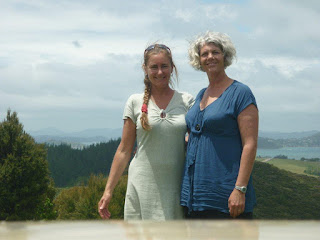 Time to return to Mum’s, I had an osteopath appointment and I also thought I would soon be moving south . . . while still feeling I really needed to rest. A perfect time to face my own shadows, if I couldn’t rest at my own mother’s house then where could I rest??? On that note I explained to Mum that I really needed to rest, I asked if I could stay and if we could do our best to generate as little static as possible for the week. And as mothers do, my Mama opened her home and her heart, did her best to minimise the static so that I could rest and write and in return I spent every morning in her garden which was perfect for grounding or helping around the house with the chores she was no longer able to do. We shared a few evenings of wine and cards, an afternoon at the beach and a really very special time reconnecting  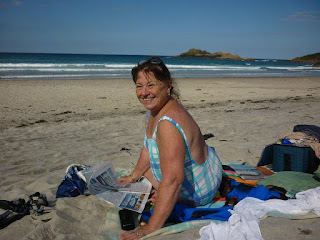 Posted by Leanne Edwards at 2:11 PM