I will always remember the first morning I woke on Kauai, I actually felt as though I was back in Aotearoa in the far north of New Zealand, the land where I was born and grew up, so familiar was the vibration . . .

The journey to Sedona and Hawaii had been guided and all I knew was that I had to spend some time at the Hindu Monastery and connect with the whales. Friends that I would normally stay with were unavailable or out of the country so I expanded my search to those who I didn’t know so well yet knew they had a connection with our cetacean family.  As you can imagine it made me laugh out loud when I discovered that I had organised myself a room to rent with J & A right next door to the Hindu Monastery on Kaholalele, Whale Altar Road :)

J & A are both very gifted musicians and it was a pleasure to share their home and heart space while I followed my path and resonant field to some extra-ordinary meetings with some beautiful souls, sacred sites and natural sound scapes. Meeting with M, a very gifted and connected Sistar was an absolute pleasure. Not only did she have an amazing Earthwalk of her own to share, she kindly helped me better understand the nature of the island and its multi-dimensional role in relation to our earth’s evolution . . . why I had been called to Kauai was beginning to reveal itself. 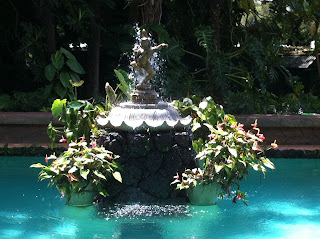 Only a few days later we were invited to go sailing, only J & A could not make it so I was given Capt. C’s phone number and directions to Hanalei Wharf and was sent on my way. As it turned out J was not the only male invited that could not make it so we ended up with 2 men on board to fulfil roles of captain and 1st mate and a crew of seven beautiful Seastars, most of which had never met each other before. It was incredible to be on the ocean and reminded me of how much I love being on and in the water and how little time I had made for such nourishment in the last few years . . . note to self, time for change!

Little did I know that this was the day of my whale meeting, although I had been looking out for whales and dolphins it took me by surprise that our meeting was of the energetic variety. We had been sailing out of Hanalei all the way to the north and soon after going about I found myself perched up on the aft seat singing the whale songlines of the north and the south and somehow weaving them together . . . my body and being were in ecstasy and I was home :) 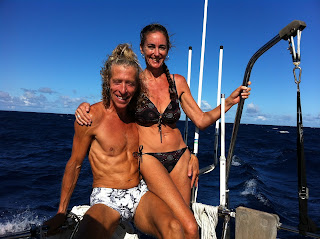 Posted by Leanne Edwards at 5:37 PM