Hui in the Hokianga 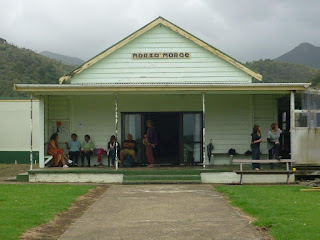 Friday afternoon came and it was time to make my way northwest toward the Hokianga. On my way through Kaikohe I stopped by to check on Keith, a Kaumatua (elder) I had met a couple years previously, and deliver some home baking and new season’s apples. He was looking well and although he had an appointment at his marae on Saturday he felt, that sometime during the course of the weekend, he would most likely come and join us at Moria Marae in Whirinaki where the Indigenous Healing Gathering was being held.

Arriving in the rain I found the gathering already in progress which, due to the weather, meant everyone had made themselves comfortable in the wharenui (meeting house) and were enjoying sharing both story and song as a way introduction. It was an unexpected surprise to see Andrew, a recent acquaintance from Byron, sitting in the front row of the gathering. I realised that the dots on my web were beginning to connect and later learned that he had been in NZ for the past month attending a Universal Dance for Peace Gathering in the Coromandel. By chance people he had met there were travelling to the Hokianga for this gathering and he chose to delay his flight home by a couple days and come along for the ride.

To my delight I also arrived in time to hear Angie’s crow story and Martin’s Earthsong. Ange is a very beautiful and gifted healer that travelled all the way from Alberta, Canada to attend Kauri Waihotanga. Her gifts are many and can been viewed on her website; www.aguenus.com Angie is Metis which means Mixed Blood in French and her people are a result of the relationship built around the Europeans (French, Irish and Scottish) coming to Canada and their dependency on the Cree First Nation Women. To be considered Metis you need to trace your linage back to this time, 1700's. Angie is the 7th generation Metis in her family. Martin on the other hand was on his third visit to NZ from Czech Republic, he felt NZ to be his true home and enjoyed sharing his gift of being able to tune in with the earth and allow whatever song needed to be sung to come through him. 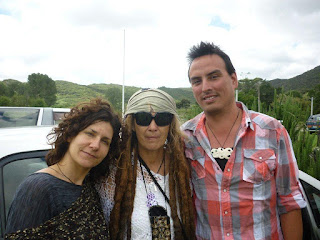 During the late afternoon and early evening a number of other friends and colleagues began to arrive accompanied by stories of incredible mass flooding, landslides and closed roads. Northland was getting a major cleansing and plans for the gathering and those travelling to attend were changing by the moment. It certainly wasn’t a night to be sleeping under the stars but that didn’t matter as there was plenty of space on the wooden deck to roll out my swag, raise my mosquito net and enjoy being warm and dry while listening to the rain coming down on the corrugated iron roof. 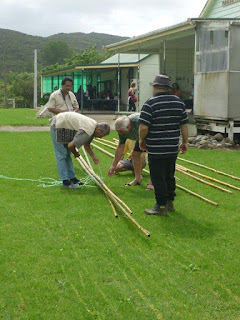 The next day dawned with a clear sky, an absolutely saturated earth, clear crisp colours and fresh clean air. Unbeknown to us we had spent most of the evening on an isolated section of the north island, a sea of land and a land of water, flooded rivers and roads surrounded us yet our patch of ground remained high and relatively dry. This brought a slow start to Saturday morning but the men got on with erecting the tepees and by 10am people had started to arrive. After a short Karakia and sage ceremony with the other participating healers, sacred space was opened and we began work. Butch Campbell, of Cherokee origins who has chosen to walk the path of the Cree, took on the responsibility of Master of Ceremonies and held our healing space at the quiet end of the marae grounds while workshops, music, food stalls and Uncle Dave on his guitar with his Elvis songs kept the rest of the visitors entertained at the other end. 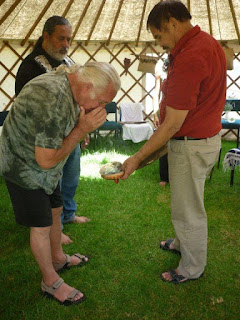 I enjoyed holding sacred space for a number of people from both near and far and was pleasantly surprised by the amount of information that came through me to them at the end of each session. Among my visitors for the weekend was a German woman from Findhorn which I felt was an unusual and perhaps synchronistic meeting when part of the original guidance for Earthwalk made mention that the 13th site may be activated externally and coordinated from Findhorn in Scotland. www.findhorn.org

I was also fortunate to share some time and space and experience a healing session with John Edzerza, from the Tahltan Nation of British Columbia. John is the Minister of Environment within the Yukon Territorial Government and was able to provide a first-hand and very interesting insight into the current situation of North American Indigenous Peoples and how they are held accountable to different laws than regular Canadian citizens. A very obvious example of changes required within western Government policy so that we may honour and respect each other as equals. 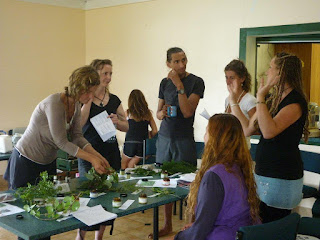 Taking into consideration those participating and those attending, Kauri Waihotanga Indigenous Healing Gathering really was an international affair. Although there were not as many Kuia and Kaumatua as I thought may have attended there must have been at least 15 different nationalities represented . . . living proof of an ancient tribe that is beginning to gather around the world. And I take my hat off to Katrina and Curtis Kaio for holding their vision and seeing it through under at times what seemed to have been quite difficult circumstances to create the space for this inaugural event to take place. 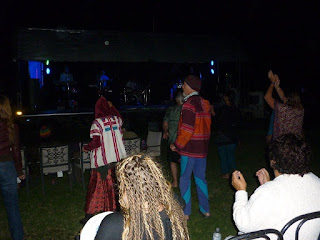 A few activities that made this Wananga quite unique and different than any other I had attended to date were both the workshops and the live music . . . and what a wonderful way to spend Saturday evening, dancing on the grass beneath moon and the stars. I also thanked Tattane, a participating healer from Eastern Bay of Plenty, for sharing another, and perhaps more appropriate, translation of Aotearoa - long threshold to the world. Ao – world, Tea – threshold, Roa – long. It reminded me of the plaque at Cape Reinga that had caught my attention when I was called to do earthwork there at the beginning of last year . . . 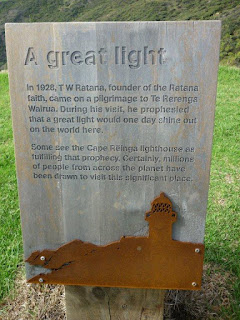 Little Aotearoa really is going to lead the world into the New Age of Light!

Our weekend passed in no-time yet Friday seemed to have been a lifetime ago. From an absolute abundance of water at the beginning, Moria Marae ended up completely without for the last 24 hours of the gathering and as we gravitated back toward the river for bathing we were reminded of the simplicity of life. The weekend also coincided with two deaths in the area and a break in the program in order for those who were called to attend the tangi (funeral) . . . it seems there was a whole lot happening throughout the dimensions this weekendwhcih brings to mind the understanding of the saying; as above, so below!

The Poroporoaki (farewell gathering) was a wonderful family affair shared by all who remained on the Marae on Sunday evening. I observed myself sitting on the ground at Katrina’s feet, a tired little light-worker I was yet I still felt a familiarity of having been there before, different time, different space but definitely the same soul group. Based on a foundation of unconditional love, without any external financial assistance, Kauri Waihotanga had been a success and would hopefully pave the way of many more Indigenous Healing Gatherings both in Aotearoa and abroad in the future. There was not one person present who had not in some way been touched by the experience of participating in such a unique gathering of Spirit. 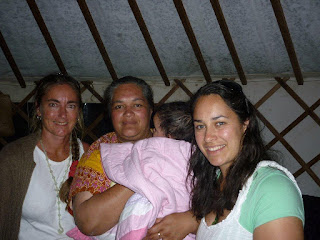 The following day we were gifted by an unexpected visit of a local Kaumatua and as a result made the most of the opportunity to share in another circle for a couple of hours before moving on. That afternoon I accepted a few of the invitations that had been extended to visit new and old friends in the Hokianga. This included a trip up the mountain to the house of Rod and Alex Land where I enjoyed a picnic lunch with Stephen, a magnificent view over the Hokianga Harbour and an afternoon listening to Rod explain his thesis before being chased off the property by Alex on his trumpet ;-) 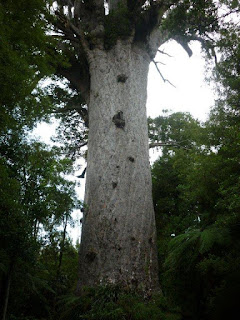 My visits of course would not have been complete without stopping by to say gidday to Tane Mahuta, the first tree that I was able to hear speak and Colt and Cassie, my friends of the forest in Waipoua. It was lovely catching up with Cassie who I had not seen since leaving the forest in May last year. We shared a hot cup of tea and a wedge of homemade blackberry pie before I excused myself for a much needed epsom salt bath in the spring waters of the Waipoa forest and a night at the lookout, the perfect prescription to recharge the batteries after a weekend of energy work. What I found interesting however was that I did not notice such a difference between my vibration and that of the vortex as I had 9 months previously. This made me curious; had my vibration changed or had the vortex’s vibration changed or both? Or, had the vortex and I become one that now when one changed the other did simultaneously? 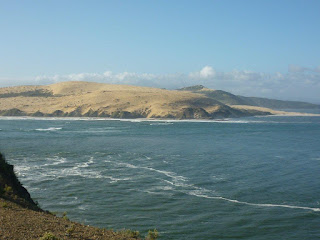 I must have been tired as for the first time in a long time I allowed myself to just take it easy, there was no urgency to ‘be’ anywhere else but where I was each moment of each day. I enjoyed a day of reading, swimming and walking before sharing another more relaxed evening with Angie and Butch at Katrina and Curtis’s house. And I thought Katrina was just joking when she said that she had saved me some crayfish for supper but to my absolute delight she was serious . The following day I took my book and picnic lunch to the beach at the Hokianga Harbour mouth and enjoyed more time relax and soak up some vitamin D from our magnificent sun. An ice-cream on the jetty at Opononi reminded me of my childhood before making a scenic drive back to one of my treasured homes at Peter and Maree’s in Waimate North. 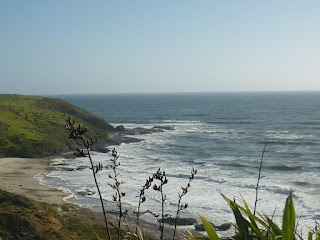