Meeting a few of the Whaledreamers Team 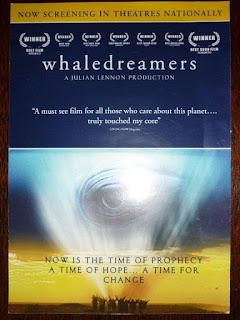 Soon after arriving in Australia I received an email from Gretta suggesting that I must watch the Whaledreamers DVD as not only was it an incredible film, she also felt that there was an Aboriginal Elder that I may be called to connect with. Well the first challenge was to find the DVD which surprisingly was unheard of by every rental and retail outlet I contacted. Eventually I managed to connect with Devi through the Whaledreamers website. www.whaledreamers.com where I paid my dues and awaited the arrival of Whaledreamers in the letterbox . . .

What amazed and surprised me was that after so much anticipation I managed to sob my way through almost the entirety of my first viewing, However what made the pain, sadness and tears different was that they really didn’t feel as though they were mine personally. It felt as though I was assisting to release the grief of this Ancient Land, the Aboriginal People and the Whales through my own physical and energetic body. I guess it was a situation similar to that of my first ever illumination process when an hour after beginning the process of clearing a little of my personal clutter I had managed to shed enough tears to fill every spring, river, lake and ocean on our living earth while feeling as though I was clearing the grief carried by the feminine psyche of the planet . . . talk about interconnection!

My second viewing was much different and I was able to experience more of the beauty of the Land, the Whales, the Whaledreaming and hear more clearly the plight of Australia’s Aboriginal People. As Whaledreamers obviously shares a common theme and dream as Earthwalk I felt inspired to contact Kim Kindersley and Julian Lennon to see if they would be interested in producing a 13 part documentary of the Earthwalk Project, I figured that there no harm in asking . . . After another email to Devi I discovered that both Kim and Julian were currently out of range. She had however been in touch with Bunna Lawrie and he was happy for her to share his telephone number with me.

I soon managed to meet Bunna albeit by phone and as it happened he was soon scheduled to fly through Cairns on his way up to Arnhem Land for the Garma Festival. www.garma.telstra.com He suggested that I should come too, however as much as I would have enjoyed sharing the journey, I had already made a commitment to facilitating my Munay-Ki Walkabout Workshop that weekend. He also suggested that I should get in touch with Arpanna or Dr Didge as he is known as he was evidently scheduling another Whale Journey in October and he may also know how I might get in touch with Kim.

There was no chance to catch Bunna on his way up however he said he would pass on my greetings to Sister Daisy and Elder Barramulla of the Yolnga, both whom I undersand are from Elcho Island of the North coast of Australia. When Bunna mentioned Sister Daisy’s name I had a resonation that I could only connect with my earlier guidance as perhaps the person I had to meet on an Island off the North Coast . . . I guess time will tell.

I have since had numerous email exchanges with Dr Didge and have learned much from his honesty and experience in relation to my current position and the vision that I am holding for the Earthwalk Project . . . having the vision is one thing . . . being able to manifest it in physical reality is another! Before approaching the likes of Kim to see if he would be interested in taking on such a project as Earthwalk it would be important to have sufficient funds to support the application. It did however amuse my curiosity that Kim, believed to be on assignment in Bali was due to meet with Dr Didge that very evening . . . chance or syncronicity???

Meanwhile Devi had dropped me another email to let me know that Kevin James and his partner Mel Dobra were due to travel to Carins the following week to launch their Chanting Heartsong CD, ONE. Kevin is the one responsible for the last soundtrack in the Whaledreamers film; Let Love Reign. http://www.youtube.com/watch?v=j-P7Gp_AOdo If you enjoy Kevin’s music or are interested in learning more about this album you can always visit his website; www.kevinjamesheartsongs.com 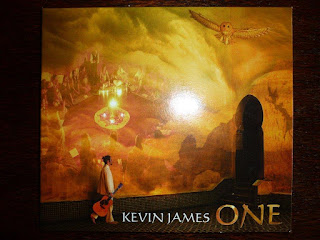 And as it happened all my connections came to fruition in the space of 24 hours . . . A group of ladies I had met through my workshops joined me to attend an evening of chanting with Kevin and Mel at the Chrysalis Relaxation Centre. We shared a very special evening and I particularly appreciated how little spoken words Kevin and Mel used and rather let their song and music (sound and vibration) harmonise, balance and unite our circle through shared experience. During our chai break I took a moment to share a brief account of the Earthwalk Project with Kevin and when I invited him to provide an article on song and chanting for the new website he explained that he was just in the process of writing one and would be happy to contribute. :-)

Next morning I had some baking to do in preparation for my evening T5T workshop and made an extra cake to take to the airport for Bunna who was on his way back from the Garma Festival in Arnhem Land. Dr Didge had emailed to let me know that Bunna and Harry would be passing through about 11am if I wanted to meet them . . . not one to miss an opportunity I was about to head out the door when I realised I had left my phone at a friend’s place the night before . . . the very phone that contained Bunna’s number. I guess it was a good time to practice my tracking skills . . .

The funny thing was I saw Harry as soon as I arrived in the domestic departure lounge however not having a profile for him did not realise it until about ½ an hour later when a younger slimmer looking version of Bunna with his hair tied back, looking nothing like he did in the film, came up and introduced himself. Thank heavens for that, hugs all around and 30 mins to share time and space and what stories we could before the next flight.

I had brought an Aotearoa stone from NZ for Bunna and he had brought me a white whale stone from the land of the Whaledreamers . . . I only wish I had had enough time for Bunna to share the creation story that came with my stone . . . however as I was soon to discover we could well have another opportunity. In the short time we had together both Harry and Bunna mentioned that Dr Didge may be looking for a cook for his October Whale Journey and if I was interested I should get in touch . . . Interested? . . . I was indeed! I had not contemplated the possibility simply because my budget had already been stretched to the limit when I realised I would probably have to purchase a vehicle to follow the Earthwalk trail around Australia . . . however the opportunity of working my way on board was an opportunity to good to miss.

We said our goodbyes in anticipation of our next meeting and after an email to Dr Didge that evening I woke the next morning to a positive response so long as I could raise enough to contribute to my exchange . . . hmmm, first possibilities to come to mind was to help Dr Didge find 2 – 3 additional like-minded fare paying friends or ask if I could have his permission to offer my services during the journey . . . no go . . .

I do not often ask the universe for anything in fact the last time I did was a year ago when I needed a place to rest in Park City after my last masters classes with Fourwinds, a request that landed me on Toby’s floor which unbeknown to me was just where I needed to be. So I guess it was time to ask for help and two days later as I was sharing my evening walk through the Cane fields with Guy, a friend and neighbour, he was so excited about the possibility of communicating with Whales that he offered to sponsor my journey. At first I refused however after a day of procrastinating I realised that not only did I have to be able to give without having to receive I also had to get over my pride and learn to accept without having to give!

On that note I checked with Guy if his offer was genuine and when he said yes I gratefully and graciously accepted! So if all goes according to plan I may just find myself on the ocean in early October as assistant cook on a one week whale journey!
Posted by Leanne Edwards at 9:17 PM